Archive for the Kabbala Category

1. Your sitting with you Aunt Sophie and you ask how her kids are and the next thing you know she says:2. Kinanahora puh puh3. What exactly is that all about?4.    Is it the same as a black cat crossing in front of you?

Kabbalah and Relationships The Speech of Oneness

1. The reality of speech as being synonymous with relationship is seen in the first words spoken by a human being: a. “This time it is bone of my bones and flesh of my flesh, therefore shall a man leave his father and mother and cling to

The Ten Basic Beliefs of Kabbala

Author: Max Weiman 1. There exists an Infinite Being that is the source of everything in existence. 2. Everything in existence is here to be a vehicle for mankind to fulfill its purpose. Inanimate objects, plants, animals, stars and galaxies are all here just to serve mankind.

The Mystery of the Hebrew Alphabet – Class Outline

A. Every letter has multiple levels of meaning: The Shape of The Letter – a. what shape it seems to look like e.g. the Zayin looks a bit like a sword. b. how its formed e.g. an Aleph is formed from a Vav and two Yods Position

I would like to begin by stating that the main thrust of my discussion will not involve Kabbalah. My main reason in bringing Kaballah into the question at all is that there are very few books that discuss hashkafah, a large percent would be considered sifrey Kaballah.

Understanding Prayer and Blessings through Kabalah

The Power of Light:  A Deeper Look at Kindness and Becoming a True Giver 1.      Kabblah:  To study the wisdom that is received 2.      The “hidden Wisdom” of Jewish mysticism is acquired with the understanding that there are pre-requisites; character perfection, awareness of G-d, basic knowledge of how we need to

Emotional Kabbalah:  Exploring the mystical roots of anger, joy and compassion. 1.  The first and most important idea regarding emotions is to know that they come from the 4th level of the soul – ruach. 2.  This is crucial because in terms of growth what we are striving to do

Introduction: Need a basic definition of Mystical. Mysticism is the study of the world of the spirit. The real world as it is, that animates the physical. The physical world is a conduit, an expression of the mystical. Kabbalah looks at life in the inverse. We view

There are four men: The man in the street The enlightened secular man The Torah Jew The Kabalist I. How do they view life? The Man in the Street The goal of his life is to accumulate toys To enjoy the body’s pleasures and the things money

Ein Sof — A designation indicating that the Being of G-d is Ein Sof, without boundaries. Oar Pashut — The emanation of the Ein Sof, per se unknowable. Tzimtum — The phenomenon by which the Ein Sof was magdir peulosaiv. Rather than acting b’cal yecholoso, instead He acts b’derech mugval,

1. A WORLD OF ONENESS a. JUDAISM & SPIRITUALITY? This seminar explores the spiritual essence of Judaism. For many, that may sound like a misnomer. When we think of Judaism, “spirituality” is not usually the first word that comes to mind. If you’re looking for spirituality, take 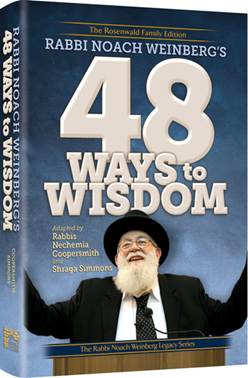